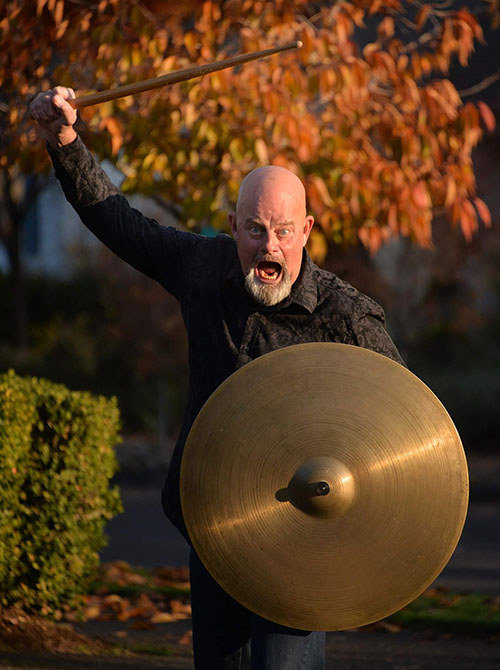 Carnagie Hall, Royal Festival Hall, Tivoli Garden, Kennedy Center and Wolf Trap are among the venues Gary has played along with scores of festivals and clubs all over the world. Gary is very active in Jazz Education teaching at The University Of Oregon and traveling all over the US doing clinics, concerts and jazz camps with the help of Crescent Cymbal Company and Yamaha Drum Company.

Gary Hobbs is a native of the Pacific Northwest and lives in Vancouver, WA. He has played professionally for over 4 decades and appears on over 60 recordings. Gary played with The Stan Kenton Orchestra from 75 through 77. Gary has performed with Randy Brecker, Bud Shank, Anita O'Day, Terry Gibbs, The New York Voices, The Woody Herman Orchestra and many others. He's played Carnegie Hall, Royal Festival Hall, Wolf Trap and the Kennedy Center, as well as festivals and clubs all over the world. Gary is very active in Jazz Education, teaching at The University Of Oregon and doing clinics, concerts and jazz camps.

Gary Hobbs: Touring with Stan Kenton, Applying Jazz Training to All Music, Breaking Jazz Out of Its Own Box

Gary Hobbs resides just outside Portland, OR, literally steps from the house he grew up in. His father and grandfather were both semi-pro drummers, but the drum bug didn't bite Gary until his senior year in high school. He attended a Stan Kenton Jazz Camp where he studied with legendary jazz drummer and educator John Von Ohlen, who convinced him to pursue drumming professionally. After a stint in the army, Gary was invited to join the Kenton Band and toured with them almost non-stop for two and a half years. Since then, his hometown has been his home base from which he has commanded a successful career as a drummer and educator. In addition to playing all over the Pacific Northwest, Gary teaches at The University of Oregon. He has traveled the world as a sideman with jazz greats such as Randy Brecker, Anita O'Day, and Eddie Harris, and in his own right as an educator and clinician.

Things ain't what they used to be in East Asia, and especially in urban centers such as Beijing and Hong Kong, according to jazz drummer Gary Hobbs.

You might actually hear that sly Duke Ellington standard pouring from the doorway of a nightclub or conservatory these days -- in a civilization that used to consider jazz music subversive, even pornographic, and definitely anti-communist.

That big red chill is thawing fast, according to Vancouver native Hobbs, 67, who went on his fourth teaching-and-performing junket to China, Taiwan and Hong Kong in late October. The centerpiece of the trip was the third annual China Drum Summit, hosted by the Beijing Contemporary Music Academy.

Hobbs was away for 10 days and was "totally shocked," he said, at the masses of Chinese music students displaying real talent and fire about this essentially American art form. Hobbs said he found "massive conservatories full of all these brazen virtuosos" who are practicing the instruments with the biggest, boldest voices -- brassy saxophones, earth-quaking drums -- like their lives depend on it.

It stems from the rising Chinese standard of living, Hobbs surmised, and from the opening-up of a society that was officially closed to outside cultural influences for decades.


Gary Hobbs, Of My Times 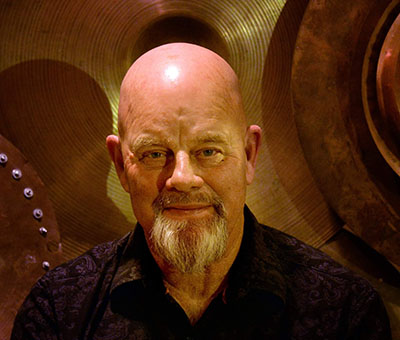 It has been 37 years since I became involved in jazz education while playing with the Stan Kenton Orchestra and within that period of time I have given hundreds of clinics and concerts in the US and many countrys over seas. I also have been involved in teaching and playing at numerous jazz camps across the country. In past summers I was out having a great time doing one week long jazz camps at:

These Camps are a wonderful place for students of all ages to come play and learn about jazz.

This Fall Term marked my 15th year of teaching at the University Of Oregon. I teach drumset and work mainly with the Jazz Majors under the direction of Steve Owen who, in my opinion, is one of the finest University level jazz educators in the country. A truly great program.

I have been very lucky to be involved with Yamaha Drum Company since 1981 and I am very excited about recently becoming a Crescent Cymbal Artist. These two companies do an awsome job of helping artists share their knowledge and experience with the young and not so young students of music around the world. They also have allowed my voice to be heard through their wonderful instruments.

I do clinics and concerts all over the country with High School and University bands as well as some "in store" clinics at different music stores. Please feel free to contact me on my email list if you are interested in working together on any kind of educational projects.